We are Sci-Fi Rock Band

We are Sci-Fi-Rock Music Band (short from Science-Fiction-Rock, sometimes it's called "Nerd" or "Geek" music). We play songs based on tales about Civilisation of Cats (Felis Silvestris), who lived on Earth about 115,000 years ago.

Here is the short history of the Darwin's Cats World:

Previous interglacial period began 130,000 and finished 115,000 years ago. During that 15,000 years, Civilization of Cats was born and evolved. When glaciers came back and covered the Earth, cats have built space vessels and left the Earth. Cats populated other star systems. 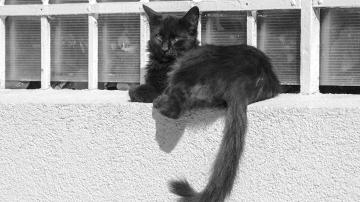